Celebrate the Diva in you with Amadiva

Uber the savvy technology company that is transforming our daily commute, has an agenda to build this season: Love.  Uber is on a mission to develop their relationship with drivers and create more opportunities to help them succeed and grow in the process.  They are shifting gears more humanely by reinvesting in the driver experience.They are involved in a behind the scenes behavior experiment that will challenge drivers to develop their corporate growth. Uber’s new verge on innovation is transforming the management of human capital especially in the vast sea of freelance work force. Drivers are given the autonomy to set up their own business and schedules, giving rise to a new “gig economy,” that is unlike the traditional work setup. Uber implements a cost-effective business model for labor force, but how do they manage driver efficiency, especially when you need your Uber driver to show up wherever and whenever you need?

Uber’s smart mind science methodology helps strike the balance between rider demand and driver supply, at the lowest cost possible to both respective parties. Uber has invested a greater understanding on the fundamental relationship between consumers and drivers and they are continuing to deepen their love for transport by investing in people technology. Uber is leaving not only footprints on our daily commute but on our human psychology by innovating a business paradigm that transforms our behavior. Uber has developed sophisticated algorithms that keeps driver’s motivated to earn more even before they have completed there open assignments. Thus giving strong incentives to drivers to expand their earning goals. “We show drivers areas of high demand or incentivize them to drive more,” said Michael Amodeo, an Uber spokesman. “But any driver can stop work literally at the tap of a button — the decision whether or not to drive is 100 percent theirs.”

The New York Times in their recent How Uber Uses Pyschology research, further exfoliates Uber’s approach to manage drivers and how it will become an innovative way to take accountability for global human resource, “The New York Times found that Uber is continuing apace in its struggle to wield the upper hand with drivers. And as so-called platform-mediated work like driving for Uber increasingly becomes the way people make a living, the company’s example illustrates that pulling psychological levers may eventually become the reigning approach to managing the American worker.” Uber the sophisticated and biggest global transportation company is transforming not only the American worker but also the global work force.

In Kenya, UBER is not only reducing the cost of highly inflated counterproductive taxis rides, but it is providing an alternative means of public transportation that provides both riders and drivers a luxury of independence. Uber also adopted cash payments to build their love and support for a diverse African market. Uber’s  safe and secure technology is innovating a loving way for Kenyans to leave behind their travel footprints.

Here’s more on more on innovative stories at the Garage 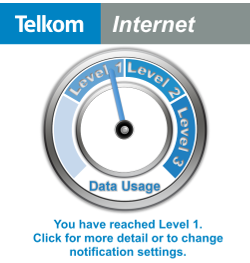